The two weeks in Brazil were days of emotional high and lows. I started out really strong early in the week posting the 4th fastest time in control practice. I felt very good about my chances to seed high and qualify into the semi-finals but then, everything started to fall apart.

First of all, the new MRX6 is a really super good car. We did not get the car until we arrived at the tracks in Brazil as this car was still in prototype phase and not everything was ready. Ai (My Mechanic) took the two days of IPD where we could not run to build the car and get everything ready. When the event officially started and I set the car down for the first time, I was amazed at how easy it was to drive and how much of an improvement it was over the previous model. Although there was a risk of running a completely new car at the World Championships without prior testing, my first tank of fuel on the MRX6 gave me plenty of confidence to compete.

As 1/8 racing depends very much on engines, mine were a mixed bag of performance and unfortunately, the two fastest engines in possession wore out beyond repair right after seeding rounds started so I had to depend on all my backup engines for qualifying. In total, I went through all 12 engines this race. Not able to get both the power and the efficiency I needed, I was in trouble. Those who were there could see during seeding rounds, I simply did not have any pace to compete anymore.

When my seeding round results started to head south and my ranking dropped nearly to the bottom, I was frustrated. I was driving well, I had a great car, but I lacked the total package, which has defined my entire year of nitro racing. But… I was determined to race with what I had rather than what I wished I had. Unlike others who did whatever necessary to qualify high, I chose to stay true to my sponsor, fulfill my promise and obligation with integrity.

So for the first time, I took apart three ailing engines to piece together one engine to use. Untested on power or efficiency, I used it to finish my qualifying into the quarterfinals. This was not the result I expected or wanted, but it was what it was given my handicap. I knew then my chances at the World title, was an uphill climb carrying heavy weights on my back!

In the quarterfinals, I had a very clear strategy to drive clean, manage my tires and I needed my mechanic to make perfect fast pit stops as I was going to have to pit one extra stop compared to others. It was not easy but I managed to bump up into the semi-finals. My one and only engine was giving off a strange smell I have never experienced before, all I can guess was that it was run to its maximum tolerance.

In the Semi-finals, it was going to be a tough task to bump into the finals but I had a great start off the grid and slowly moved up into fourth position 12 minutes into the 30 minute race. Still needing to pit two more stops than others, I needed to drive clean and have a little luck. Ai called me in to pit and my team was ready to make a tire change for me at the 13-minute mark. I came in, pitted, changed tires and I exited the pit full throttle but immediately lost control of my car; I knew instantly my front tires had come off! Unfortunately, my lost control of the car also caused a huge accident at the sweeper and ended not only my race but also my good friend Silvio’s race. I feel so bad about this but it was something I simply could not control at that moment. Silvio could not continue and my car after coming in again for tire change and serving an unsafe release penalty, my chance to bump up into the final was also finished. My pit crew’s mistake did cost me a chance to advance but hey, this is very much a team sport so we learn to win as a team, or lose as a team. Ai has been a great mechanic all these years and I would never be where I am if he was not at my side.

I finished 12th in the World this time, a result I cannot be happy with anymore. But I will continue to fight and live my dream… Never give up!

I want to thank the racing community in Brazil and ALL my new and old South American friends! Obrigado… you guys really did a great job hosting the World Championships, and I had a lot of fun. It was also fun to pit together with Mihnea and his Dad. I want to thank all my sponsors for their support, especially Team Mugen (Sanada San, Kris and Yuko), and my Dad who is always there for me.

Finally, as I end my nitro-racing season this year, there are a lot to reflect on as well as work towards to improving my overall race package for the future. I believe it is time to move on, I am ready for a new beginning in 2016! 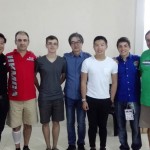 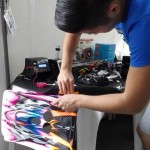 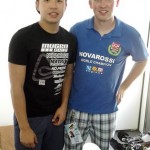 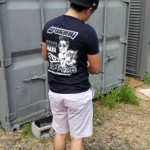 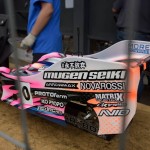 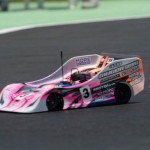 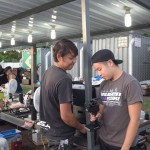 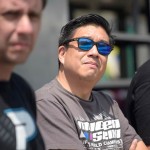 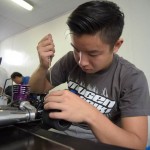 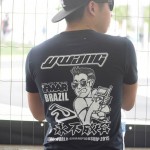