Our goal this trip to Brazil was to get a better understanding of the place, the track and the race conditions. After a long journey straight from Europe, we arrived at Americana City to be pleasantly surprised how safe it was. After hearing a lot about the customs being difficult and the country being unsafe; we were very much at ease, everything went smoothly.

The track itself was a bit smaller than I expected, however, the technical difficulty of the layout was unexpected. The sweeper corner was hard to see even on a high driver stand, which was maybe around 5.5 meters tall.

Anyway… locals were extremely friendly and we had some good track time before the Warm Up race officially started.

I was disappointed at the low turnout for this event but was very focused on our goals coming here. Finding the right setup and familiarizing myself with the layout were key objectives which I believe we accomplished.

The race itself was not difficult. I managed to TQ and win the race. We did a lot of testing, so I am hoping in November, we can do well at the World Championships. Overall, this was a very enjoyable trip and I made a lot of new friends! 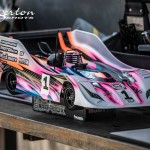 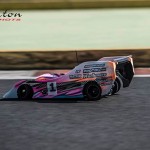 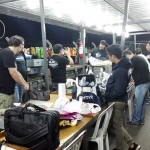 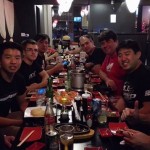