So right after the Byron race in Chicago, Ai brought all my nitro stuff back to Shanghai while my Dad and I flew to Vienna Austria to meet up with Team HB and together we drove to Slovkia to race at the ETS Finale race at Hudy Arena.

A funny thing happened while the entire team waited 4 hours at the Vienna airport for Stefan’s lost luggage. After couple of hours at a café upstairs, the guys decided to move downstairs to a bar/casino to get drinks and watch the world cup on a giant screen. Unfortunately, the casino did not allow those under 18 to enter the premises, so I had to sit just outside the casino while everyone else was inside. But it was ok I guess because I could still watch the screen, you had to be there, it was pretty funny.

Anyway… Hudy Arena and Xray factory, the entire facility is the BEST in the world. We got a factory tour and I was just amazed at all the modern equipment and overall efficiency of the factory, it was incredible!

We only had five 4 mins of grouped free practice the first day, my first two runs were really challenging as I did not know the racing lines yet and just finished a nitro race, so you can imagine. But starting the 3rd practice round, I started to get the track. It was great to have the entire team there with Hiro, Haratune, Andy, Stef and Ludo. Hara also spent a lot of time hanging around us at and off the track; it felt like old times.

When control practice started, we managed to find a setup that was ok and I drove well to finish 12th overall to be seeded second in the second fastest group. My first qualifying run was good until the last lap where a mistake cost me valuable time, I ended up 12th overall and without the mistake, I would have made top 10… Ahhh! The track condition throughout the qualifying rounds changed and it proved to be a huge challenge for Haratune and I as we simply could not find the best setup for the car. My remaining qualifying runs were satisfactory and I wanted to stay in the B Main at least. But the last round, the car setup was so difficult to drive I simply could not improve and finished 22nd overall in qualifying. I was disappointed, but I tried my best. The level of competition was extremely high, it is basically at World’s level and the top drivers were all there. Anyway, in the 2 rounds of finals, I finished 2nd in both C Main finals and ended up 23rd overall for the event. I am not happy with this because I think I could do better.
But I would rate this as one of the highlight races of my racing career as the atmosphere, facilities and competition was one of the best ever, if not the best! I also enjoyed the friendship, new and old, we had at the race. The HB team is such a great team, we had so much laughter and fun and it was great to joke around with Hara (Dark Side !!! hehehe). Also, thanks Juho for the beer! Overall, a great race… I’ll be back for sure next year! 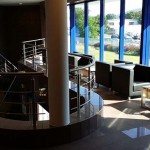 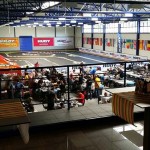 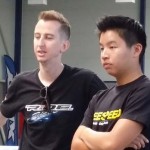 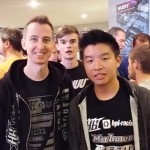 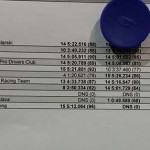 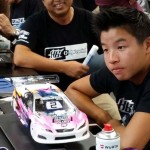 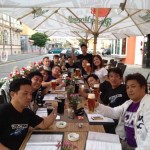 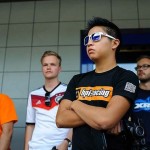