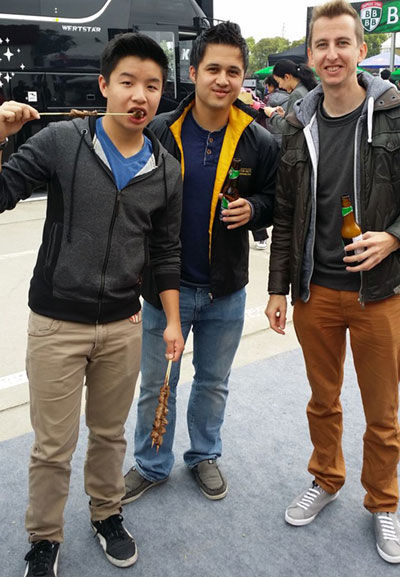 My new home track RCI V2 opened less than 2 weeks before the Asian On Road Championships held in Shanghai. Not being a carpet racer, I really did not get that much track time on the new surface until just a week prior to everyone getting here.

It was great to have so many RC friends come for this race and compared to last year, this year’s AOC Shanghai Round was tremendous. Scotty of course puts up a great event every time and this time, we had drivers from many countries.

It was great to have Team HB/HPI in full force at this race, with my Team Manager Hiro, #1 driver Andy and HB Designer Hara-Tune. The BIG Boss of HPI also came, so it was quite a scene. Good to also have Ronald and Umino San from Yokomo, giving the race that added challenge. And Peo Hard came ALL the way from Sweden to attend this event, wow.

Anyway, the qualifying sessions went well for me, working with my new mechanic Hara-Tune, we were able to find a competitive setting during qualifying. My lap time was comparable to most top 3 in the modified class and I managed to qualify 4th overall. In the finals, I had my chances and in two of the finals moved up to second before making mistakes that dropped me down the ladder. I managed to finish 4th overall, which was a little disappointing for me because I felt I should have finished on the podium, but you know… it happens and I simply didn’t perform in the finals. For 12th scale, which is very new in China, we have a small group in Modified and it was really not much of a challenge to win but hopefully we can grow this class and next year we will have a bigger and more competitive group.

Scotty arranged the race to finish Saturday night and on Sunday, we had a big bus take about 40 of us to the Shanghai Circuit to watch the Formula One race. Being a Ferrari fan, it was nice to see Alonso on the podium but what is wrong with their straight line speed!!!??? 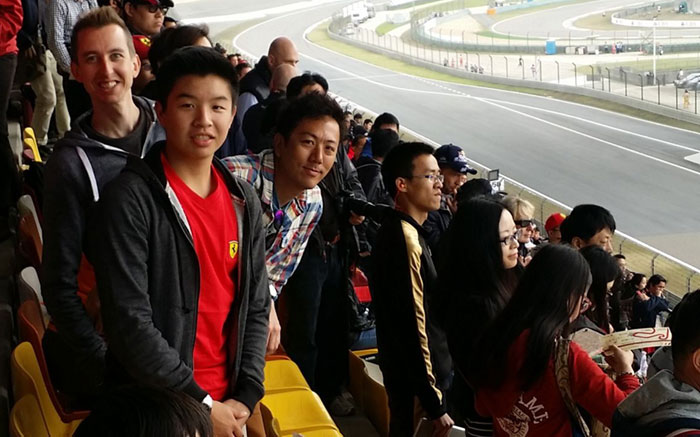 AOC Round One was great fun, I hope more people consider to join this race next year. I was told that it will fall again on the Formula One weekend here in Shanghai!! GREAT FUN!